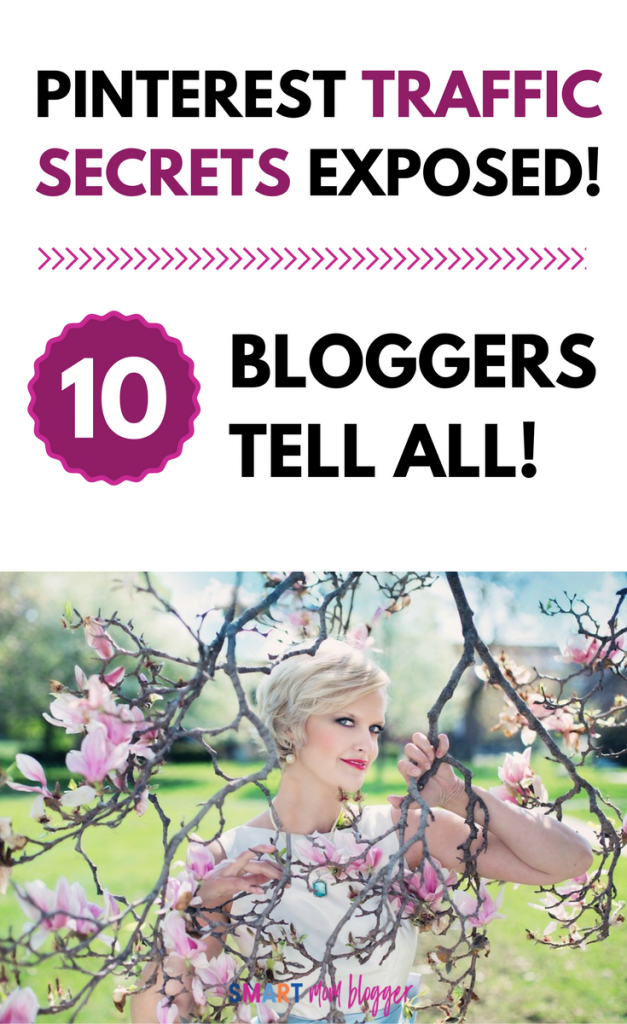 I don’t know a mama who’d deny that Pinterest is a time suck… a lovely, addictive, inspirational time suck.

But smart bloggers have discovered it has the power to do much more than inspire your next DIY project or party idea. When used strategically, Pinterest can actually send boatloads of traffic to your blog day after day, week after week, month after month… on autopilot.

Bloggers in all different niches are experiencing massive traffic growth from implementing a few strategic tweaks in their Pinterest accounts and blog posts.

I won’t hold out on you any longer! I interviewed and sourced information from 10 bloggers who have experienced tremendous blog traffic growth all thanks to – yep, you guessed it – our good ol’ addictive friend Pinterest.

Here’s what they revealed:

Melyssa pretty much wrote the book on Pinterest blog marketing (or better put, she wrote the course). Less than 3 months after she integrated Pinterest into her blog growth strategy, it doubled her pageviews and brought her over 1,000 new subscribers.

Pinterest Tip from Melyssa: SET UP RICH PINS: “Since activating rich pins on my Pinterest account… the number of people who viewed my profile and pins has nearly doubled. My pins gain more traction, likes, and re-pins overall.”

Read her guide on how to set up Rich Pins for your own blog. 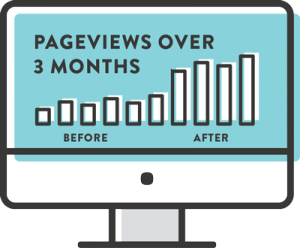 See how Melyssa used her Pinterest strategies to double her pageviews and triple her email subscribers in just 3 months. 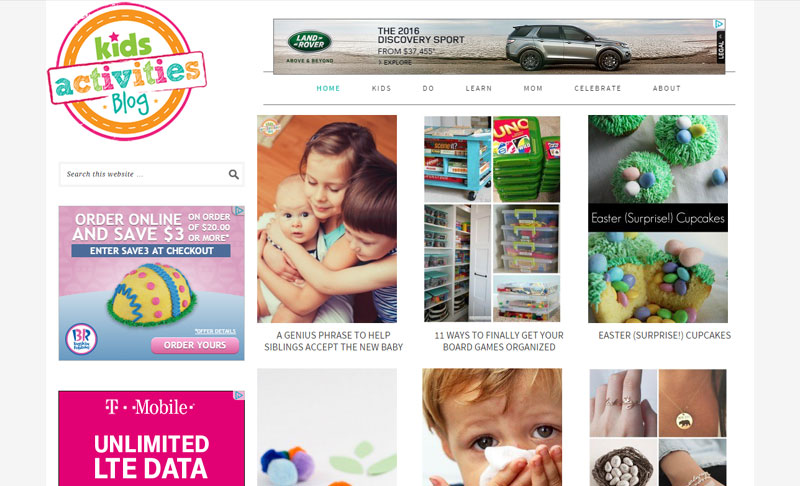 Pinterest Tip from Holly: USE LOOPING FROM BOARD BOOSTER: Holly visited Pinterest HQ where they told her that they’re looking for active boards. Pinterest prefers that you have fewer more active boards, as opposed to having tons of boards with little pinning activity. The unique “looping” feature from Board Booster helps you do this effortlessly.

Check out the guide on how to do this over on Holly’s Business2Blogger website. 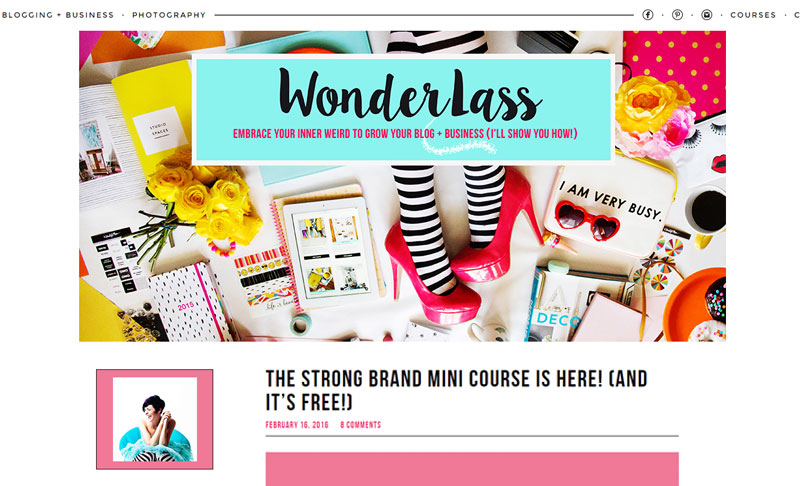 Allison is a creative photographer as well as a blogger at Wonderlass, where she shares business and blogging tips with a seriously fun twist! Even though she’s been on Pinterest “forever”, she just started using it for her business last year. Within a few short months, 90% of her blog traffic was coming from Pinterest. Insane, right?!

Check out her article, “The 28 Pinterest Tips I Used To Massively Grow My Blog’s Traffic” to learn more. 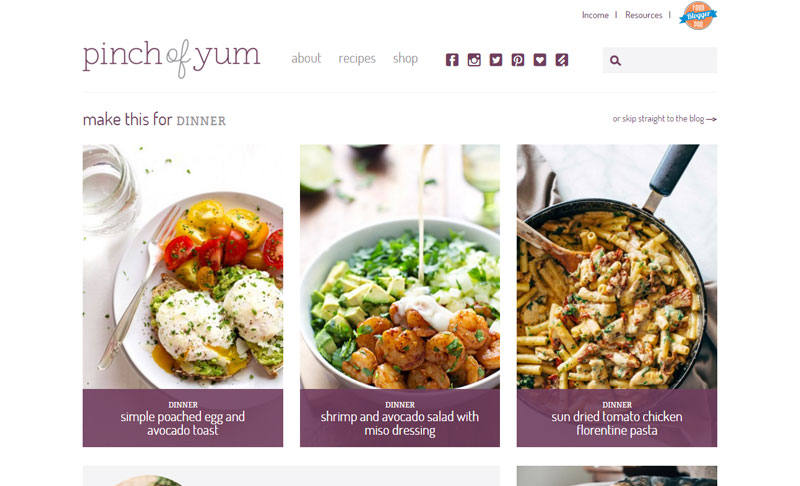 Lindsay and husband Bjork run the popular food blog, Pinch of Yum. In their April 2015 Traffic & Income report, they revealed some seriously in-depth data on how they’ve been testing and using Pinterest to drive traffic to their blog. Their #1 traffic referral source? Yep, you guessed it – Pinterest.

Pinterest Tip from Lindsay & Bjork: TEST LONGER PIN IMAGES: They ran tests on their own blog as well as 3 other popular food blogs and compared pinning the standard Pinterest image size (735px x 1102px) with ones that were even longer. The result? On average among the 4 blogs, the longer pins received 70% more repins than the standard size.

Check out their full traffic & income report with all the Pinterest testing details and screenshots. 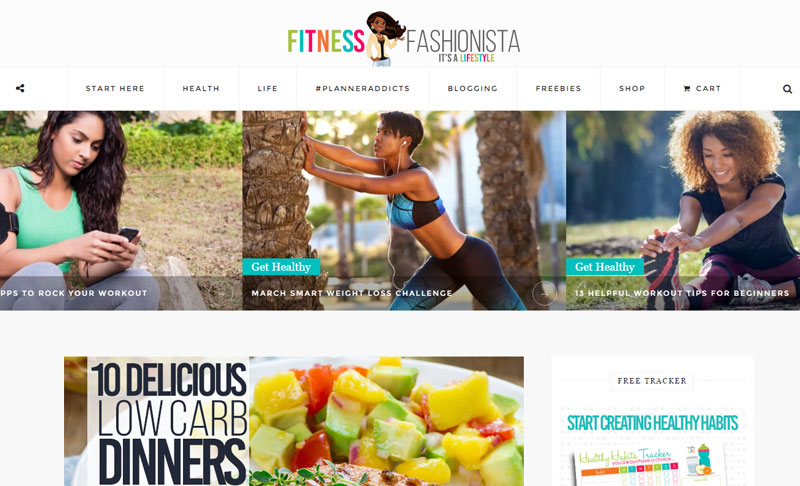 Danielle had written Pinterest off as a site for crafters, foodies, and people needing wedding decoration ideas… until she took on the challenge of figuring out how to use it for her own blog. She toiled and tested for a full year until she finally got it. And by “it”, I mean over 91% of her traffic was now coming from Pinterest! 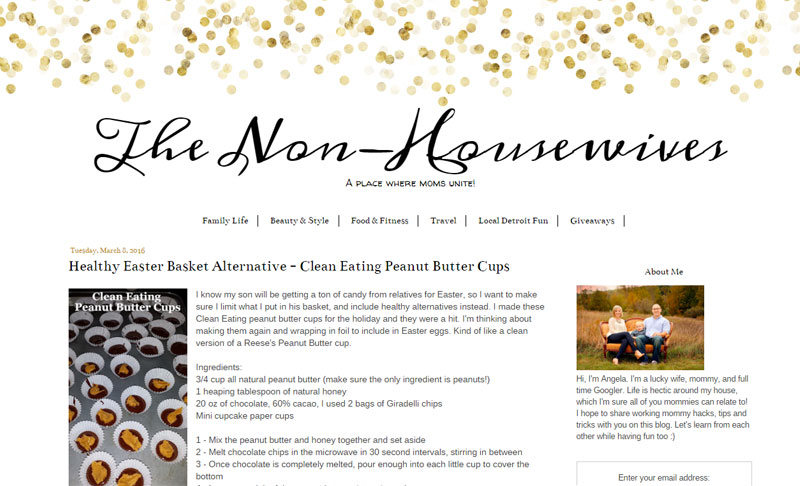 Angela writes about all things family, fitness and clean eating at The Non Housewives, and she proves that you don’t have to have a huge following to be successful on Pinterest. With under 2k Pinterest followers, Angela still gets a quarter of all her blog traffic from the site.

Pinterest Tip from Angela: POST & PIN WHAT’S TRENDING: “Last summer ‘beachy waves’ were all the rage. I did a blog post with instructions on how to achieve this look with short hair, and it’s still one of my top pins.” 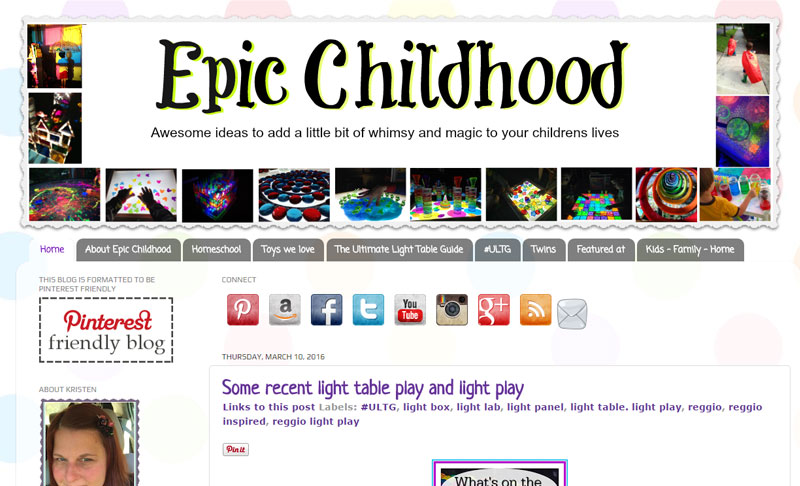 Kristen writes about children’s activities and play on her blog, Epic Childhood. With more than 100k followers on Pinterest, she’s able to drive massive traffic to her blog to the tune of 80-100k monthly visitors. That’s 90% of her overall traffic!

“My Pinterest has made my blog what it is. My Pinterest is what companies are interested in, and 95% of companies that send me products to review and keep are blown away by my Pinterest. It is what makes them want to have me review their products.”

Pinterest Tip from Kristen: USE SEARCHABLE NAMES FOR BOARD NAMES: Pinterest, while visually driven, is still a search engine. Kristen advises, “If someone searches for a topic, your board will only show up if it is named something precise and searchable”. 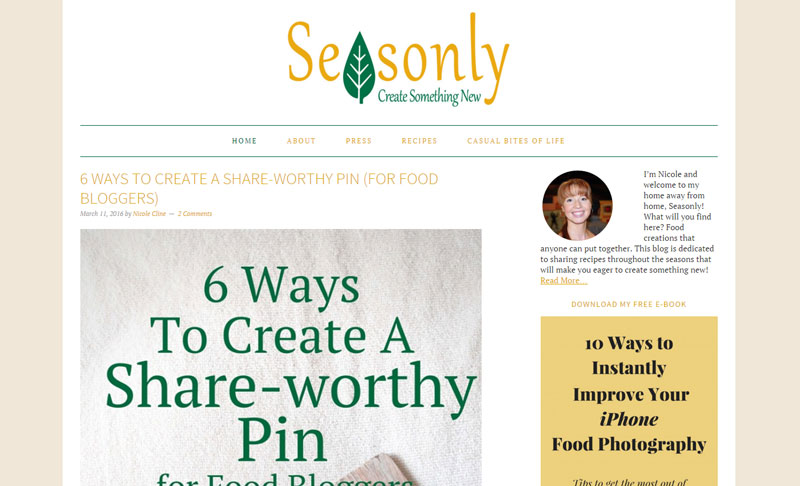 Nicole shares simple seasonal recipes as well as food blogging advice on her blog, Seasonly Creations. With less than 1k Pinterest followers, Nicole still gets more than half of all her traffic from the network. Her Pinterest account is growing by 25% per month and her blog pageviews have doubled (Nicole attributes much of her Pinterest success to Melyssa’s Pinfinite Growth course, mentioned above in #1).

Pinterest Tip from Nicole: USE KEYWORDS IN YOUR PIN DESCRIPTONS: For the same reasons as Kristen’s tip above, it’s a good idea to take an extra step to make sure your Pin descriptions use specific keywords related to what your Pin is about. If you’re re-pinning someone else’s Pin, take an extra 10 seconds to re-word it to become search-friendly. 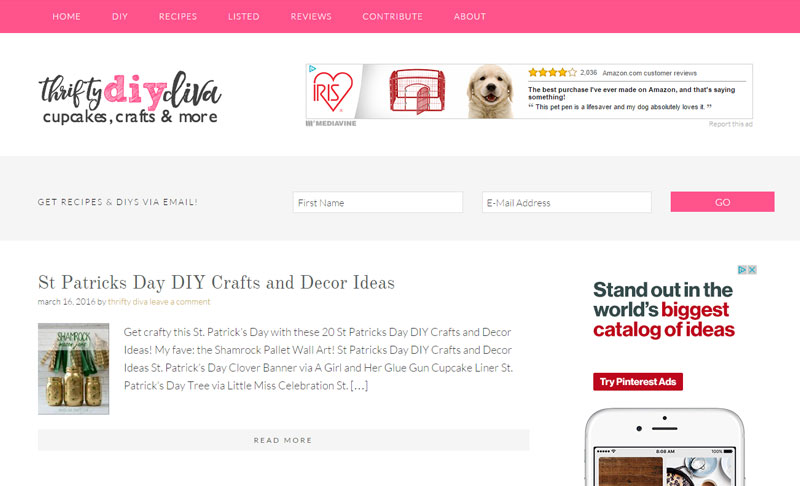 Michelle runs a frugal food, living and DIY blog at Thrifty DIY Diva. Even though she’d been on Pinterest for several years, she didn’t start using it for her blog and business until January 2015. Since then, she’s gained 20k followers in under a year and 60% of her overall traffic comes from Pinterest.

Pinterest Tip from Michelle: RE-PIN POPULAR PINS: “Head to your analytics (for bloggers with a business account – see #3 above to switch to a business account). Then, find the pins with the most repins and keep repinning and sharing those! Just don’t repin the same pin in close succession – spread it over over the course of several weeks.”.

10. Ashley Migneault, To The Wild 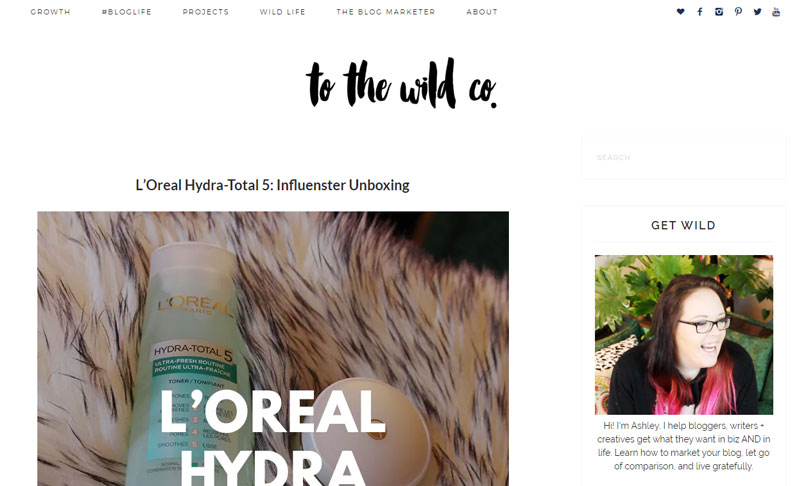 Ashley runs To The Wild where she shares blogging and business advice for creatives. She gets 30% of her blog traffic straight from Pinterest… pretty impressive when you consider that she just opened her Pinterest account in January of this year!

In 4 short months, she’s gained more than 500 followers on Pinterest and has seen her traffic numbers double, then triple in the last month alone by being strategic about Pinterest.

Pinterest Tip from Ashley: BE CONSISTENT: “To keep your content appearing in your followers feeds, you need to post consistently and frequently.  Start off posting 5 pins a day, and increase your daily pins until you’re posting anywhere between 15 and 20 new pieces of content per day.”

Pinterest doesn’t have to be the social network that only works for other bloggers. It can work for you, too. (I’ve already seen success following many of these tips, and will keep it growing!)

From small to large, new to seasoned, these 10 bloggers span all different niches and all have tremendous traffic success with Pinterest.

Let’s follow their lead and implement the strategies that have made them so successful – I know I will be!

You'll Love These Too: